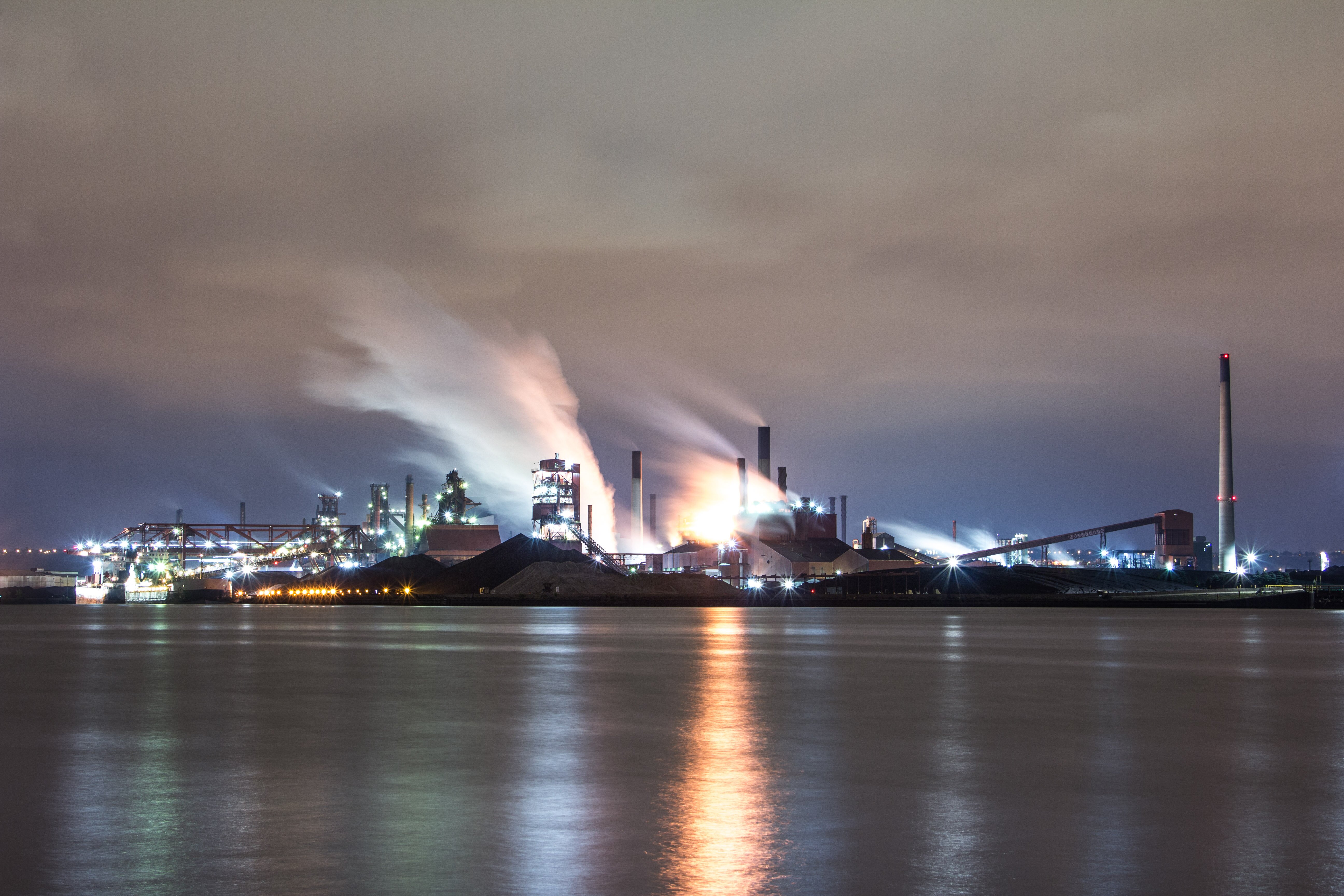 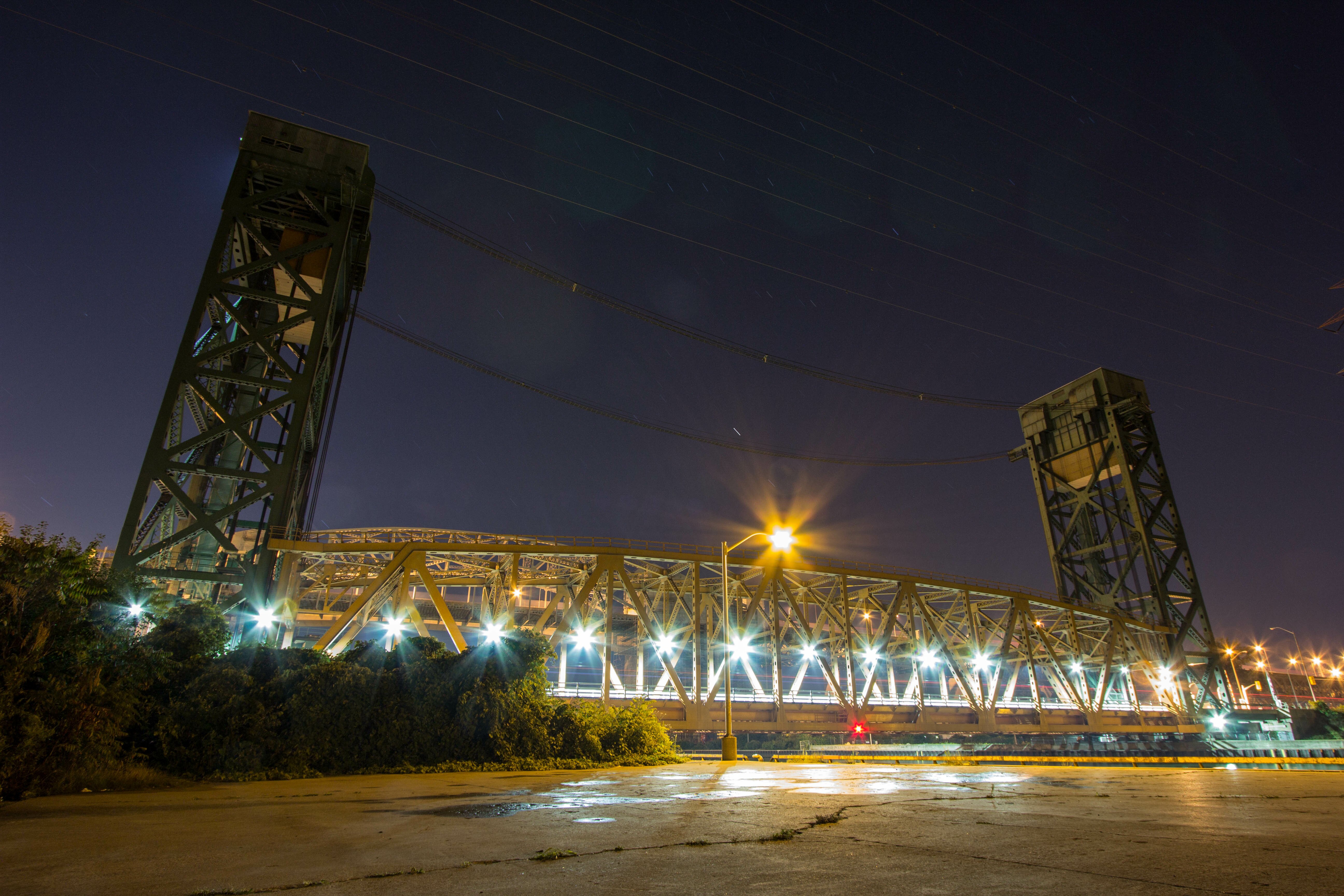 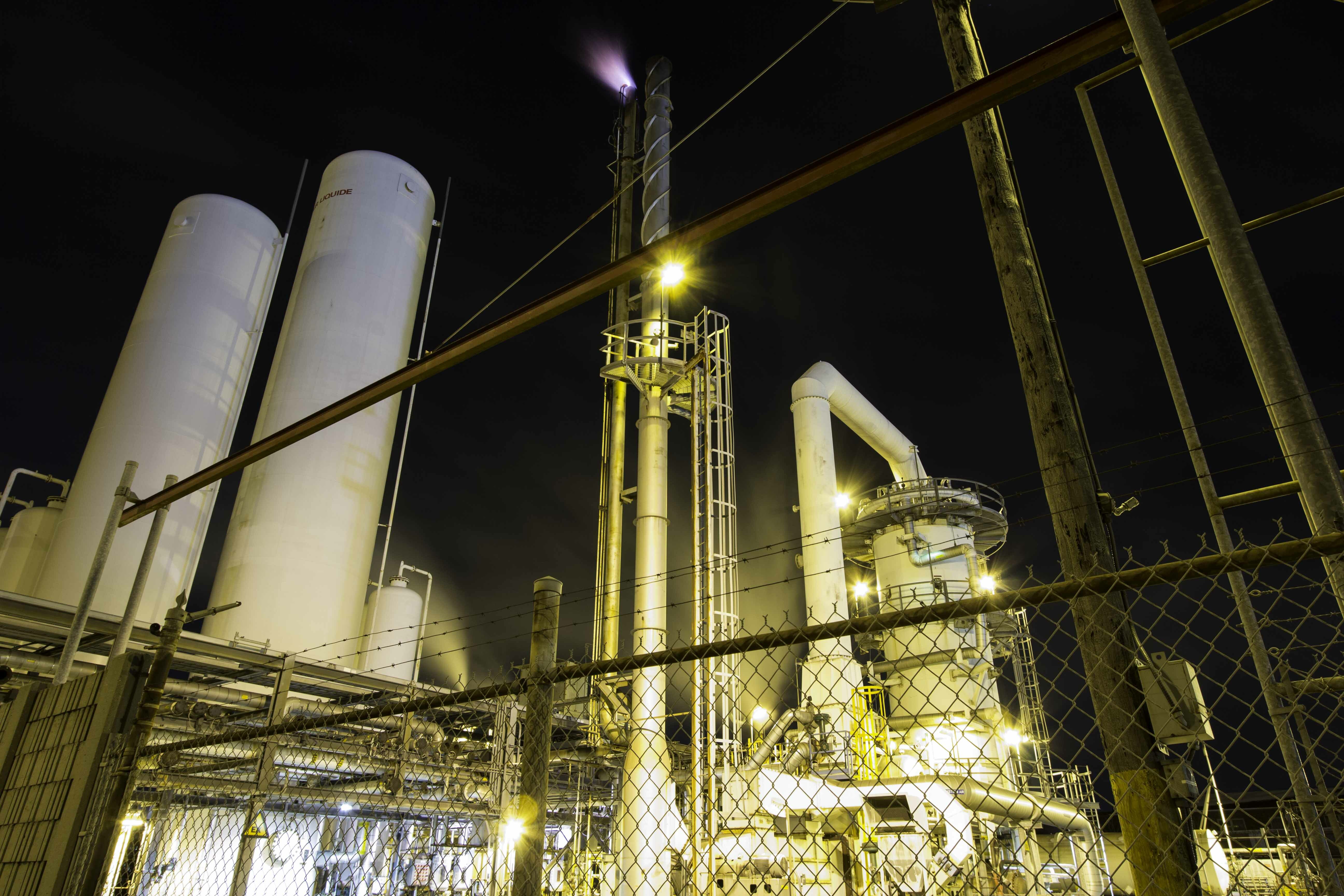 Legal Aid
The legal aid program provides licensed lawyers to represent clients of lesser means. In order to qualify for legal aid for a criminal charge you must:
1) be impoverished (less than: $12,863/year for a single person, $22,253/year for a couple, 28,664/year for a couple with two kids as of 2016)
2) have a chance of doing jail time if convicted. These criteria do not always apply so check with leagl aid directly.

Court Dates
Click the follwing link for Daily Ontario Crinimal Court Dates. Select Ontario Court of Justice unless you've been indicted, then select your city. Fill the CAPTCHA, click SUBMIT and you got tommorow's court docket. Youth Criminal Matters are not avaliable here.

Presumption of Innocence
The judge be sure that all elements of the offence are proven. R. v. Lifchus gives the Canadian standard of proof beyond a reasonable doubt. Specifically, beyond a reasonable doubt is described as far closer to absolute certainty (100% sure) than a balance of probabilities (50% sure). Hodge's Case states that guilt is established if it is the only rational conclusion that fits with the proven facts. This is a very high standard.

1) Alibi
The accused has evidence that they were located in a place that made it impossible to commit the offence. A statement from the accused that they were somewhere else at the time is an alibi but it is weaker than a statement from an impartial witness to the same effect. Even better is a video or cell phone record showing the accused somewhere else. The crown must be given advanced notice of the alibi so they will have time to investigate before trial. An alibi that is proven false at the trial will likely count only against the witness's credibility. If the crown shows the alibi was concocted (created with intent to mislead) then guilt can be inferred from it. See R. v. Witter for a sample alibi notice and the consequences of making it.

2) Self Defence
You are allowed to defend yourself against any imminent threat of harm provided that the response is proportionate to the threat and also provided that the attack was not provoked by you. You can use as much force as reasonably necessary to defend children under your care as well as to defend your dwelling (house, apartment, trailer, shack etc.). When you are not in your dwelling or with a child you have a duty to retreat if possible before you attack. The new section.34 in the Code makes it legal to defend any other person from force or a threat of force. When relying on self defence against the police section section.34(3) requires the accused have reasonable grounds to have believed the police were acting unlawfully when they used or threated force. If all elements of self defence are present the Crown must disprove it beyond a reasonable doubt.

Section 35 sets out legal limitations on acts to defend property. The defender (or their superior) must be in possession of the property, and the purpose of the act must be to prevent further trespass, damage, or removal of the property. There is also a vague additional criteria of 'reasonableness' of any act to defend property. A court would likely compare the value and the vulnerability of the property against the defender's level of violence and the harm inflicted on the looter/thief/etc. It should be noted that aggressive trespass or attack on your property could itself constitute a reasonable threat of force to person possessing the property. This would allow the defender the protection of the much broader section.34 self defence provisions.

R. v. Scopelleti is an important case concerning self-defence claims. The accused said he shot the two deceased after they tried to rob his store. In order to make the accused's story more believable the defence was allowed to introduced into evidence three prior incidents where the deceased were violent. The accused, at the time of the shooting, had no knowledge of the deceased's violent past. Research the alleged victim's past thoroughly.

3) Exclusion of Evidence
Exclusion of crown evidence can happen in multiple ways. The most common is because the evidence was obtained in violation of the accused's Charter Rights. Another, similar way, is where a confession is excluded because the crown could not prove beyond a reasonable doubt that the confession was given voluntarily. Finally, evidence can be excluded due to late disclosure on the part of the crown. A voir dire (small hearing) is held during trial and the judge decides whether to exclude the evidence. Testimony given during a voir dire is not part of the trial and is not seen by the jury. When attempting to exclude evidence under The Charter s.24(2) the accused would bear the burden of proof on the balance of probabilities (i.e. it is more likely than not that the authorities violated their rights).

4) Stay of Process
A Stay of Process effectively ends the prosecution without any conviction or criminal record. This can result from an abuse of process, issue estoppel or, more commonly, the passage of time violating the accused's s.11(b) Charter Right to a speedy trial. The burden of proof falls on the defence to show that the facts supporting the stay application are probable. One form of abuse of process is the crown withdrawing from a plea agreement without any decent reason. See R. v. Nixon. Another is entrapment. Finally, improper use of a taser may violate a defendant's Charter Rights 12 & 7 to such a great extent that the whole case will be thrown out.

5) Intoxication/Insanity
The accused argues that a cognitive disease or some substance has deprived them of control their emotions and actions to the extent that the accused could not form criminal intent. Success in pleading insanity results in a NCR (not criminally responsible) verdict and the judge either sending you to an asylum or letting you walk freely out of court. An intoxication defence has different outcomes depending on how wasted the defendant was and whether the offence charged requires specific intent.

6) Provocation
This partial defence reduces the sentence if the accused shows that the victim acted in a way that would cause an ordinary person to lose self control. Usually this defense is seen where the time between the insult and the attack is very short. The classic example is a man coming home to find his wife in bed with the neighbour and promptly killing the neighbour (or wife, or both). Provocation would knock this conviction down from murder to manslaughter. If the victim's act of provocation was a foreseeable response to an act of the accused then their provocation defence would likely fail because section 232 requires a sudden provocation. If the act of provocation is foreseeable then it likely would not be considered sudden enough to overcome the accused's restraint (so if our accused husband knew he married a slut this defence wouldn't work).

7) Jury Nullifcation
If you are charged with any offence that carries a maximum sentence of over 5 years you have a right to choose to have a jury of twelve hear your case. In some cases the jury will acquit you even when they know you are guilty beyond reasonable doubt. Previously, this happened in the American south, when white men murdered negros they were often acquitted by a white jury despite overwhelming evidence of guilt. The jury has the power to disregard the law but most jury members do not know this. The judge instructs the jury that they must apply the law without regard to their personal feelings. The judge will also stop defence counsel from educating the jury about their power to disregard the law.

It is unlikely that a jury will ignore the judge's instructions. To have a chance of jury nullification the defendant would have to be extremely sympathetic, the victim/cops extremely dislikeable, or the charge extremely unfair (like a young mother who shot her abusive ex-convict pimp while he was high on PCP and is charged with murder). If even a single juror refuses to convict there will be a mistrial. A mistrial means the defendant is still presumed innocent but the crown can choose to try again with a new judge and jury. In a jury trial the judge can never tell the jury to find the defendant guilty.

8) Victory by Default
Time length, from charge to trial, can be long. During this period changes favourable to the defendant may occur. Witnesses might change their stories, leave the jurisdication, die, or simply vanish. Physical evidence, especially if biological or valuable has a tendancy to degrade or go missing. Over time one's memory will lose detail. Witnesses may not show up at trial or even evade service of crown supoenas. Some people really don't like to testify in court. No witness, no evidence. No evidence, no conviction. If a crown witness fails to show up at trail the prosecutor may request an adjounment. You must object to the adjornment by stating the witness was probably aware of the trial and chose not to come and then by citing you right to a speedy trail. If rescheduling the trial will cause you to miss work tell the judge.

Right To Silence
Arguably, the mistake most often made by persons charged with an offence is to speak to the police. The police will record everything you say to them and later, if you say something different at trial, the crown will impeach your credibility because you have given two different versions of the same event. In order to get the suspect to talk the police will often lie about possessing evidence that they do not have. For example, they will lie that your DNA has been recovered or that someone else has already ratted you out. They may even confront the suspect with real evidence, like drugs found in a car. These tactics make the suspect believe they are already going down and that cooperation is the best option. It rarely is.

The search that uncovered the incriminating evidence may have been a Charter breach, making the drugs inadmissible at trial. Even if your statement is not used against you, or to impeach you, it is still no help to your case. This is because your statement would be hearsay, inadmissible by the defence.

Lying to the police in general is not illegal. Any lie that is told to willfully hinder a police investigation can result in an obstruction charge. A common instance of obstruction is giving a false name to a cop. Falsely implicating or exculpating another person of a crime may result in the corresponding charges of mischief or accessory after the fact. It is much harder to prove the falsity of an equivocal statement (e.x."I think I seen Randy at the strip club that night his wife was shot but it was dark.") or a statement where someone says they simply do not know/remember. Always consult a lawyer before speaking to the police.

Interrogation Techniques
The police often employ a systematic approach called the Reid Technique. This mainly consists of developing different stories of the same crime and watching to see how the suspect responds. Example: a bank teller is suspected of stealing money from the bank. The police will start with one story: the teller was greedy and stole often. Then, they will turn to a second story where the teller was in debt and only took the money once or twice with the intention of repaying it. Both stories, if true, would result in a conviction for theft. The only difference is that the second story makes the teller look more decent. The police observe the teller paying greater attention during the second story. Then they ask the no-win question, "Mrs. Teller, are you still stealing money from the bank?" The suspect says she stopped stealing months ago because it makes her look better but it doesn't matter. She has just confessed to theft. The impossible question is a mainstay of the Reid method.